About his beginnings with music, dropping out of college in Kiev, his own unique sound, his reasons for playing modular synths, his residency at Khidi and the success of the Georgian scene. Georgian-born Yanamaste, in his first interview given especially for Muno.pl

For the fans of contemporary techno music, Irakli Danelia is one of the hottest names of the last few months. He’s naturally modest, not very effusive, and quite thrifty in his statements. What’s important for us, all these things didn’t prevent him from answering a few questions. On the other hand, he is extremely uncompromising musically and he exudes a great deal of self-confidence. He’s appreciated and noticed by a growing number of fans. He was also appreciated in Poland, in the last year’s summary for 2020, in which the readers recognized the Georgian as „The Discovery Of The Year„. 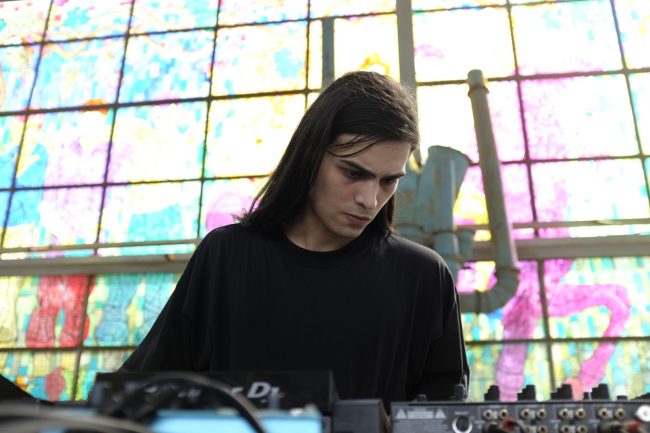 Damian Badziąg: Before we begin, I would like to thank you, Irakli, for agreeing to this interview. As we have already managed to determine this is the first interview in your life. Had you offers for an interview before, but you didn’t accept them or am I lucky and the first one who succeeded?

Yanamaste: Thanks for the invitation. Yes, this is my first interview. Yes, of course I had requests before, but I was not sure. I didn’t think I had enough experience to share with people and also, I’m not very communicable.

What do you think has shaped you as a person? What has and continues to have the greatest impact on you?

Yanamaste: What a great question. You know It’s little bit hard for me to talk about myself. I never stop, I always move to towards the goal. I working every time. I can work without rest, but sometimes it ruins me also I am very directly and I can prioritize my life.

Please tell us how did it happen that you started playing electronic music? What other music genres (not necessarily electronic) accompanied you before? And what, if any, other music do you listen to apart from the one you play and encounter in clubs?

Yanamaste: I have been playing the piano for 7 years, also Drums, Guitar and a lot of instruments. I heard a lot of music since my childhood, a lot of classic music, hip-hop, pop, drum&base, dubstep. In age of 14/15 I discovered techno music, and I started to select music. After 3/4 years I tried to play music in age of 18 and I am still here.

Yanamaste. Learning from the basics

How did your life go since you finally settled down in Tibilisi?

Yanamaste: I was born and raised in Georgia, Batumi. I lived in Ukraine for a short time. I studied there at the university, after I returned in Georgia, Tbilisi.

From what I managed to find out, you started studying fashion designer at Kyiv National University of Technology and Design in 2016. First of all, was this your first college? Secondly, why did you choose such a college, and third, were you successful in graduating?

Yanamaste: Yes, I studied in Kiev at the Faculty of Fashion Design. I drop out college because I was unhappy with studies & training programme, and decided not to waste time and start working with music. I want to continue my studies in the future. Maybe I’ll try to go to Royal Academy of Fine Arts in Antwerp.

Why did you decide to produce music on modular synthesizers? How did you learn everything?

Yanamaste: It’s more unique & you have more area with modular. You can touch the instrument and feel every wave. I create everything from scratch and every sound its mine and its unique, because it’s never sounds the same and no one can repeat it. It’s something mine, that’s why I love to work with modular synthesizers. It was a little difficult to understand how it works, because here in Georgia were no resources to study it somewhere, or music shops to test it. I built my system in Berlin; I checked a lot of modules and spent a lot of time in music stores like Shneidersladen and many more. It’s all about experience and time.

What key characteristics do you think represent your sound? How did you find your sound and how did your set up change throughout your adventure with music?

Yanamaste: Over time my sound changes, because I’m trying to create something new and fresh. I like to compose music with clean punchy 909kick drum, with random pumping raw sounds with LFO and hypno sequences, and yes. Fat bassliness & sharp groove.

Your previous productions have been released on Portuguese labels such as HAYES, INNSIGNN or in berlin Lyree. In the eyes of other producers and people from the scene, they have gained reputation quite quickly. At what stage of production are you currently? What do you mainly base your productions on and what will they look like in the future? I saw your last post where you were looking for new plugins, so can we expect something new?

Yanamaste: My upcomming works are radically different from the previous ones, I haven’t released music for a long time. I was working on new sound. Sometimes I’m not always sure of myself, I don’t know how it will work but then I analyze. The main thing is to make music what you like and it doesn’t matter if it works or not.

In one of the interviews Polish duo OTHK, who like you make music using modular synthesizers, confessed to me that they never felt pleasure in playing DJ sets. You, in contrast to them, play sets not only in a live formula. On the other hand, Violent and Szmer, who are known more for playing DJ sets than live, said that they have more fun doing DJ sets. What is it like for you? Which form of playing music best reflects your character and emotions accompanying you?

Yanamaste: I think these are radically different processes. I love writing music and also playing Dj sets. For me Dj-ing it’s not only about spinning the records. It’s all about hard selection/digging, different mixing skills, flow & dynamic. When I am working on new records or playing Dj sets, I don’t think about anything and I feel good.

I don’t know what the situation is like in Georgia, but in Poland to this day, the situation of the music industry is under one big question mark. Clubs have been closed since November and no one knows anything. Apart from the summer season, there are no specific guidelines for club owners until today. How has the COVID-19 pandemic affected Georgia – the club, music industry and yourself?

Yanamaste: It damaged the music scene a lot. Many artists are out of work. Them sell instruments for survive. Our government doesn’t care about artists and this industry. We don’t know when the clubs will open, but hopefully soon.

Since 2017 you have been a KHIDI resident alongside artists such as Ancient Methods, Stanislav Tolkachev, Regal and Shlomo, despite being only 23 years old. How did you manage to become a resident of such an iconic venue on the Georgian map?

Yanamaste: I don’t remember exactly I was 18/19 years old. I played closing DJ set in small room of KHIDI, G2, and after that I was invited to be a resident. I grew up in this place, being a resident and playing in the same place is a little bit difficult. You always have to offer the listener something new. But I’m glad to be a resident in this iconic club. A lot of memories and good acquaintances with amazing people & artists.

A lot is said from the outside about how strong the scene in Georgia is, but if there were some kinds of opinions, their authors were residents, whether KHIDI or Bassiani. For me, however, a more authoritative opinion would be from a person, who lives in Georgia, deals with the local club and music environment on a daily basis. What do you think is the secret of Georgian scene? What made Georgia to become one of the most important countries on the world techno scene in a quite short time? Regarding that, Georgia is not part of the European Union, how does the need for visas in other countries affect your career?

Yanamaste: It happened very quickly. I think quality and energy are on the dance floor. Here people go to the club because to break away from everything. There are a lot of good and emerging young artists here. We can stay in Europe for 90 days without a visa. 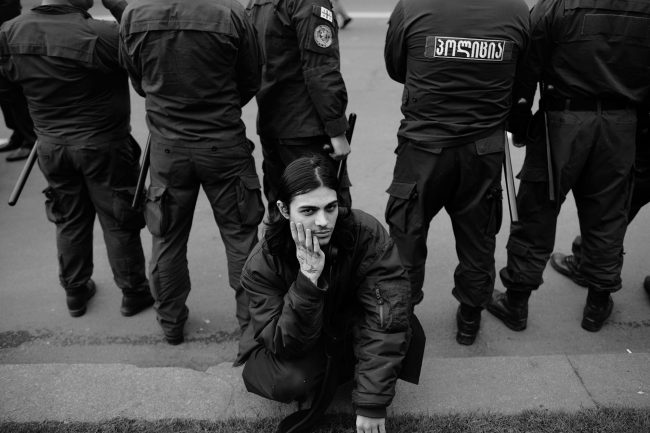 Does where you come from and where you currently live affect what kind of artist you are? Do you even consider the scenario of living in the West someday?

Yanamaste: Yes of course. All factors influence me as a musician, the place where I live, political backgrounds, friends, relationships. Yes, of course, I have thought about this many times. I am thinking of moving to Berlin in the near future.

Your first visit in Poland was in February 2020 at Transformator in Wroclaw. What captivated you the most about Poland? Which Polish artists from Poland (apart from Sept, who played a memorable 8.5 hour set in your KHIDI the year before) did you know then and how does this knowledge look now?

Yanamste: Most of all I liked the people I met there. I walked a lot alone around the city and also Kuba showed me the city. I really liked the architecture and mood of this city. Of course, I know a lot of good artists from Poland like Sept, Michal Jablonski, Alicja Aksamit, Blazej Malinowski and many more.

Storken – Lille Vals. The guy who got Gerd Janson, myself and half the internet to go insane 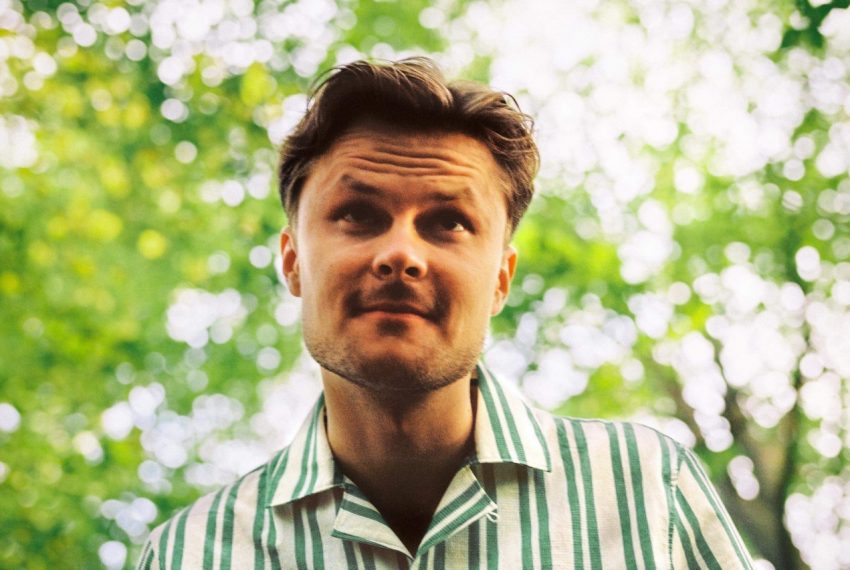 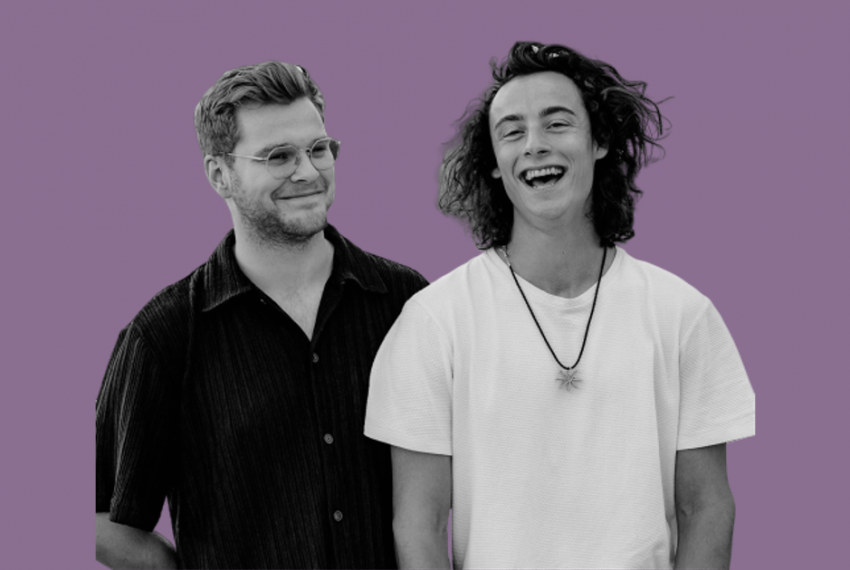 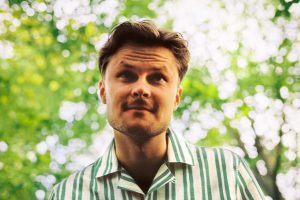 Storken – Lille Vals. The guy who got Gerd Janson, myself and half the internet to go insane 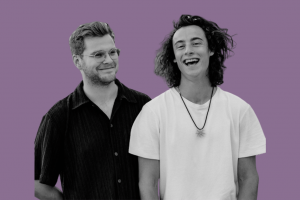 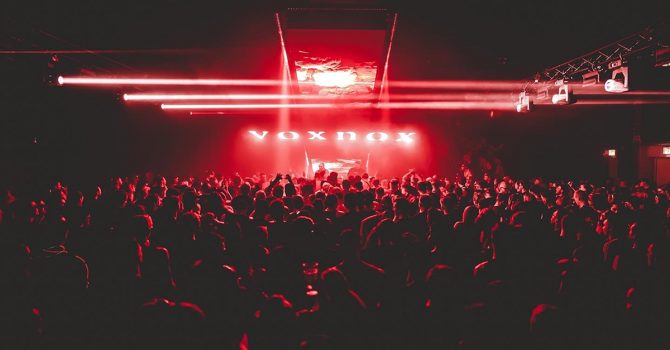 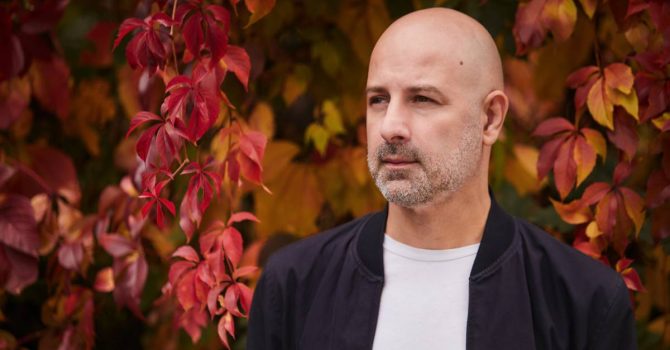 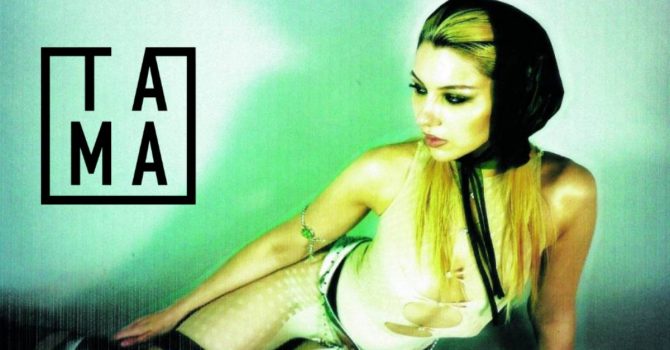 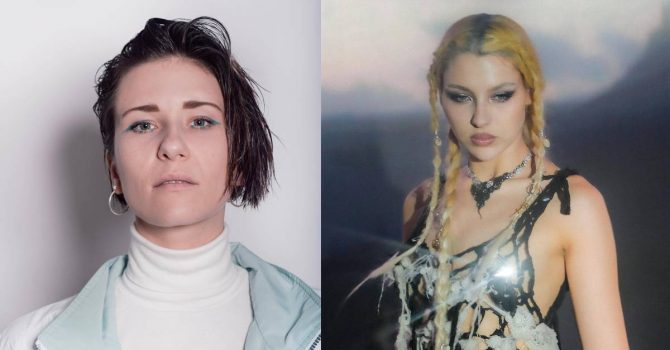 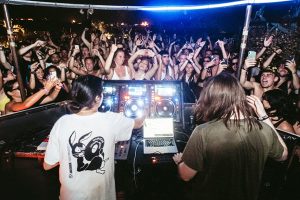 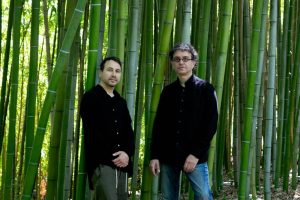 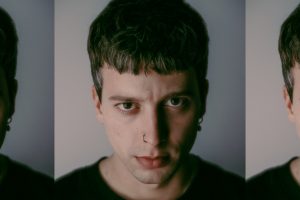 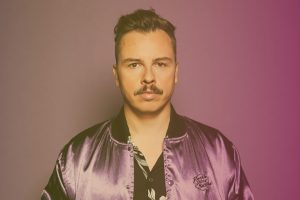 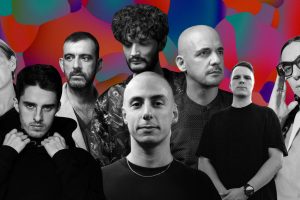 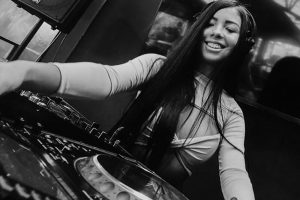 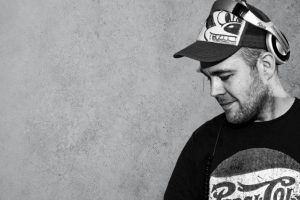 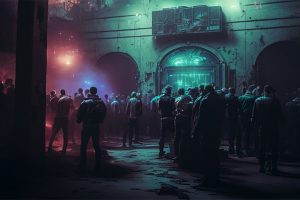 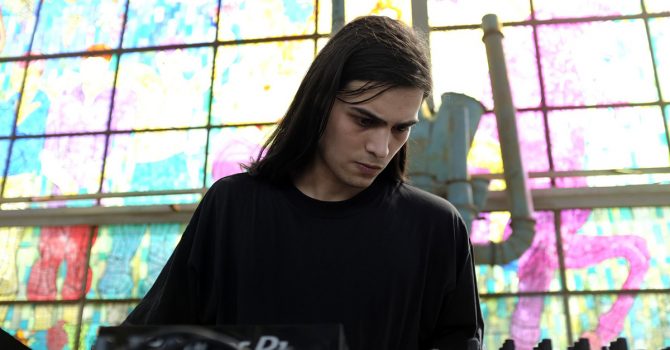 Swarm Intelligence: „The more I learn, the higher I raise the bar for myself” – interview 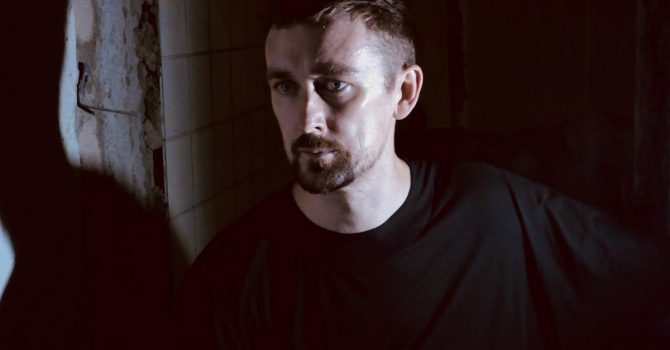 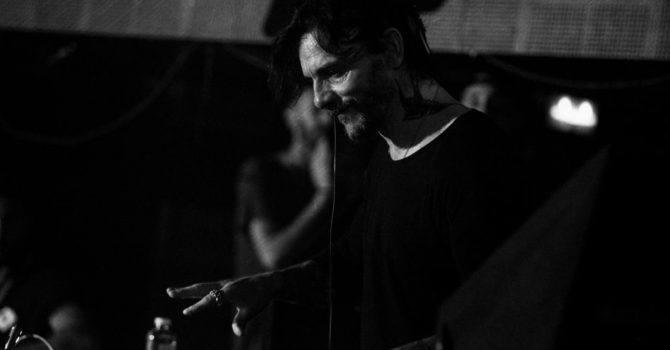 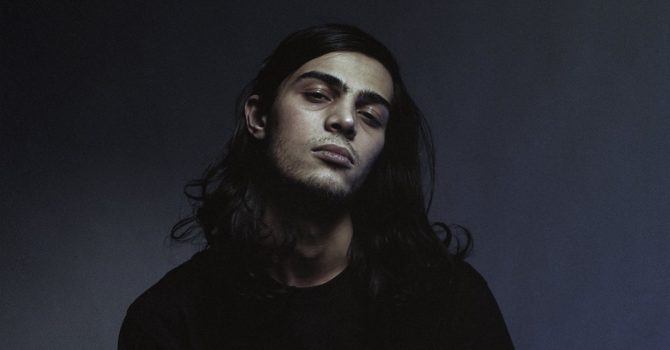