Somakt is a young talented producer from Poland. His adventure with electronic music was begun in 2008 when for the first time he heard sounds of the artists like Dubfire or Oliver Huntemann. Since then he has participated in numerous of music events, he has been in many underground clubs in Poland and he has visited plenty of festivals all over Europe. After years of inspiration he decided to try his hand at music production and contribute his part into dark techno. He released his first EP „After The Storm” in 2016, on Sync Fx Audio record label by Elay Lazutkin. 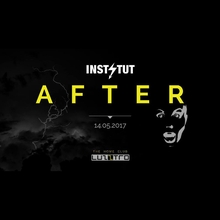