The only female in SubLevel2, a British-Polish dubstep collective. A natural behind the decks, she started her adventure with music at the age of sixteen after attending an intricate DJ course. Refusing to play commercial artists, she digs deep to find the grimiest, filthiest beats. Over years of exploring the youngest genres of electronic music, she acquired a fancy for neurofunk, darkstep and dubstep with alternative rhythms, such as 7/8. Together with her twelve male companions in Sublevel2, she has supported numerous stars, such as Black Sun Empire, The Upbeats, Foreign Beggars at their first show in the capital, Dub Phizix, Brainpain, her fellow countryman Tom Encore, I:Gor, Radikal Guru, Pezet, Dobre Bity.pl, Dick4Dick and many more. Bringing lesser known heavy underground tunes to Poland, she quickly became highly sought-after in many Warsaw clubs and is now identified with the darkest genres on the scene. 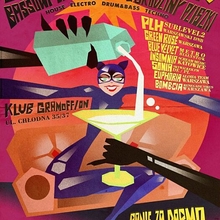 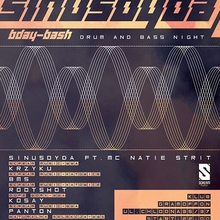