Member of Bass Kitchen Worldwide, winner of Novika remix contest. Creator of Sushi Selekta and GetFunked! series. Probably the next remixer you’ll want to work with 😉

LA Wasted has his roots in an open-ended project bringing together musicians, producers, DJs, VJs and MCs born in and/or feeling the unique vibe Bielsko – Biała (Poland) has, also known as little LA, historically known as little Vienna.

Although he still works with many artists, LA Wasted became a synonim for producer and DJ running his one-man show playing around in clubs of Bielsko-Biala, Kraków and rave parties and festivals in southern part of Poland.

His roots in DJing reach as far back as early ’00s, when he started co-ordinating and performing at Beats Rhymes & Life and Get Funked at Parliament Club in Sydney, Australia. Though it was only last year, when he finally focused on releasing a short EP (Warp 2011) and putting a project together, that initially included 2 drummers: Maciej Caputa & Marcin Magiera. It was also the time, when he was introduced to http://soundcloud.com/headbite , ultra talented producer that has been patient enough to help him along the windy path of music production. The very first fruit of that meeting was Soulberry, a club remix of Strawberry Letter no. 23 by The Brothers Johnson that received positive feedback from many, including DJ Daigo and Spinforth. It also ended up as one of the tracks in Folklor 2, a freeski movie produced by a really positive & creative bunch: Modest South Crew.

Since the end of 2011 being very active with Bass Kitchen Poland as well as participating in other events, LA Wasted has shared a stage with Featurecast, Snareophobe & MC Fernquest, DJ Chamber, James D’ley, DJ Cent, DJ Slam, Tuse & DJ Pac1, PZG, Krucafux, Fatcut, BC of Gangsteppaz and Headbite/2pm. He has just accomplished producing music for another extreme video (this time it’s a series of skateboarding documentaries – Skateistan Promos) and putting together an EP for his new project Carpe Noctem.

End of 2012 has brought new projects and commisions as well as plans for some more Bass Kitchen Poland events with Jondi Power & Northface [UK]. Be sure not to miss upcoming mixtapes, remixes and original tracks! 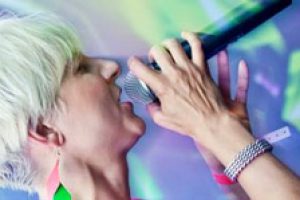