Music DJ and producer with his own way of selecting music and sounds basing on creative art soul. He combines electronic, minimal techno, detroit, deep house, electrica, soul. This way he create perfect balance between simple but catchy sounds and dance floor engagement. In 2008 he graduate from University of Torun in Poland on multimedia specialisation. This is the point when all have lift of with his creative mind for combining animation, video, art and music. That’s why it is so hard to classify him to any music category.
His music adventure started in 2000 as one of the creators of „Zero One“ Club in Bydgoszcz, Poland.
During his studies in Torun regularly being involved with eNeRDe club where he plays and cooperate with musical and cultural events (Un Sound Festival). Year 2006 bring him to collaborate in project called Polish The Dancefloor where cycle of parties started in Absinthe Club (Turun, Poland). Playing with DJ’s like: Mic Ostap, Etiop, Mic Sync, Marcin Czubala, Piotr Bejnar, Sssixa, Audioecology, Esmonitesso (Plateaux), Adisquo, Ayako Mori, Fat!Beaches.
After a while Poland was not enough for PTD and they expanded in to UK. London edition as Polish St, Underground Festival which started at Gramophone where he supported Lukasz Seliga aka SLG. This was a mixture of visual and static art with electrifying music. Followed by party in Aquarium by playing with Jacek Sienkiewicz and Marcin Czubala.
Since 2009 he settle in Warsaw where he joined Minimalna Prawda. He was co – creator of radio audition with the same name at Radio Kampus with Petebe and Adam Vadim. He also supported Isolee and Jan Jelink at “Discord” cycle parties. Currently using his creative mind concentrating on project involving music production. They called themselves Plucked Rec. 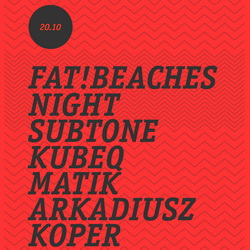 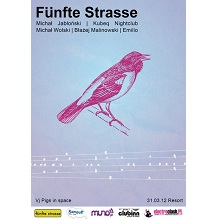