Adam Opoka known as Adam O. is a polish producer and DJ related to Silesian music scene since 2006. In 2008 he joined the polish digital label Dirty Stuff Records. Throughout the years of his career he performed alongside many polish and foreign artists such as Chevy (UK), Santos Resiak (Argentina), Siasia, Jacob Seville, Ladybug, Maxmilian Skiba, CH District, Chine, Mix2ra, Oto Studio, not4fame. He appeared at many events in Poland and abroad in cities such as Edinburgh, Wroclaw, and Lodz. He is a resident of ‘Cafe Electric’ club based in Jaworzno, famous for being called the home of polish electronic music. Adam O. is constantly promoting strong electronic sounds by organising events like Electronic Circle, Solar City Beats, Electro or Pogoria Event. He is inspired by minimal, electro and house music. 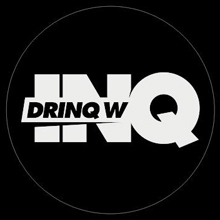